Smuggle A Bible This Christmas

In late September, Open Doors’ founder, Brother Andrew, passed away aged 94. His legacy of smuggling Bibles into forbidden places lives on, and you can be part of it this Christmas.

Brother Andrew was born in 1928 in the Netherlands and went home to be with Jesus on 27 September 2022.

The man that inspired and started the ministry smuggled Bibles behind the Iron Curtain, served the underground church in Communist China, evangelised to leaders of Islamic extremist groups in the Middle East and, in 1955, officially established Open Doors.

Over 65 years later, we continue to smuggle Bibles into some of the most dangerous places in the world. Before crossing a border, Brother Andrew would pray what became known as ‘The Smuggler’s Prayer’:

“Lord, in my luggage I have Scripture I want to take to your children. When you were on earth, You made blind eyes see. Now, I pray, make seeing eyes blind. Do not let the guards see those things You do not want them to see.”

Brother Andrew, along with the team at Open Doors and our local partners, have always believed smuggling Bibles into hopeless places is worth every risk. Persecuted Christians around the world, just like all of us, need the Word of God to nourish their souls and transform their lives. They need hope and strength in the face of hardship.

Just as Jesus tells us in Matthew 4:4: “Man shall not live on bread alone, but by every word that comes from the mouth of God.” 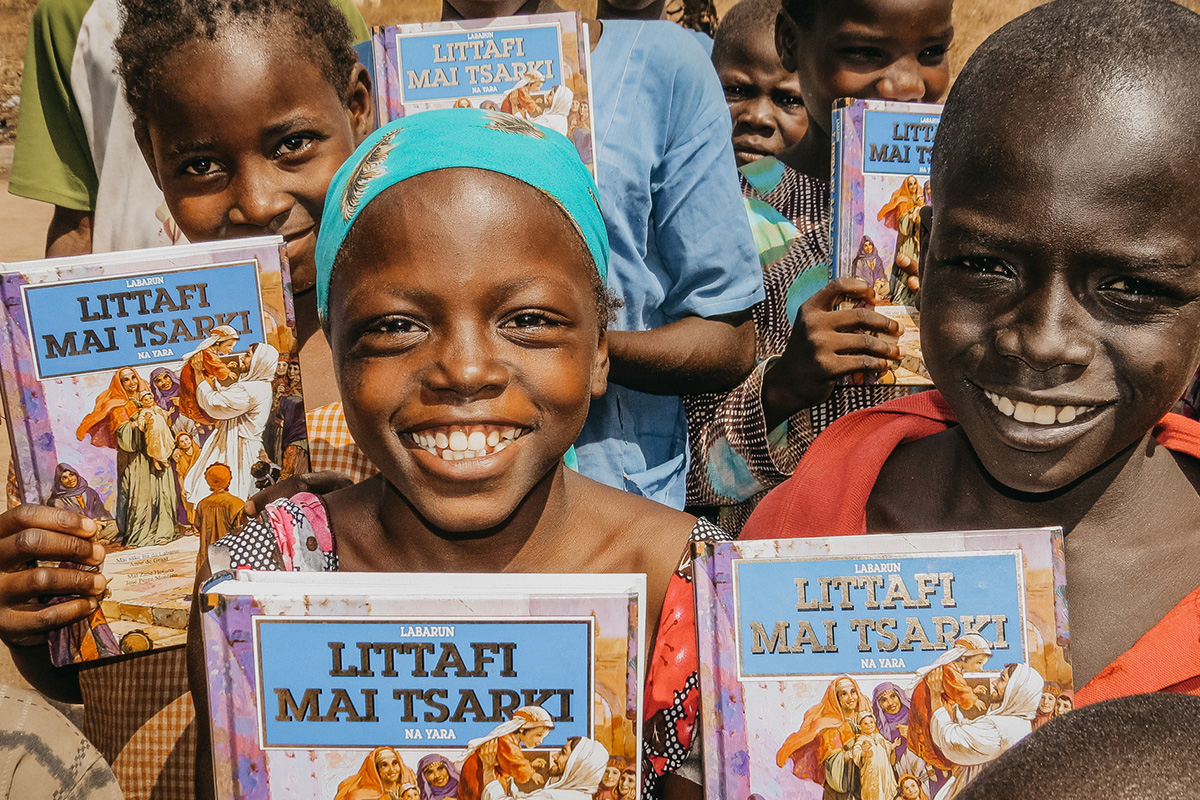 “The Bible is full of ordinary people who went to impossible places and did wondrous things simply because they decided to follow Jesus.”
– Brother Andrew.

Smuggle A Bible This Christmas

This Christmas, you can continue Brother Andrew’s legacy of serving persecuted Christians, no matter the cost. When you browse our Gifts of Hope range, look out for the Brother Andrew Legacy Gift! This gift is a tribute to him and will continue his legacy of smuggling Bibles and serving the persecuted church in the most dangerous places. BUY A GIFT OF HOPE THIS CHRISTMAS

2. Receive a card to give your loved one, explaining the impact of their gift.

3. Help the persecuted church follow Jesus in the most dangerous places, this Christmas.