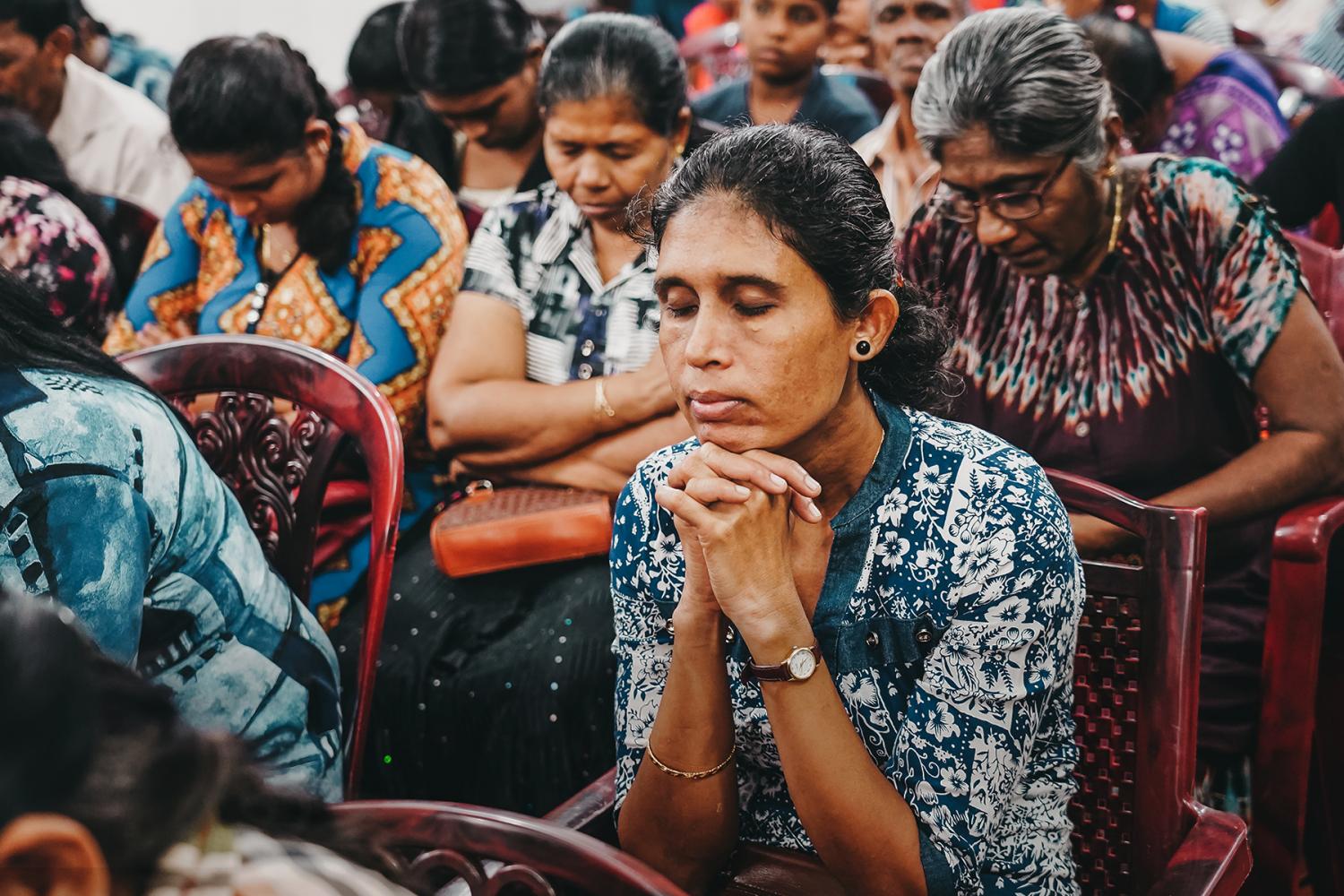 Faith In A Time Of Loss Image: After the attack on St. Sebastian’s Church, Negombo.

The communities who experienced these bombings have an exceptional faith and continue to follow Jesus despite losing many loved ones.

These are just a few of their stories.

The Sacrifice Of Ramesh And Sasi

When Ramesh and Sasi were asked to welcome a visitor into Zion Church, they didn’t hesitate. As senior leaders of the church, they were happy to assist the pastor as he was needed elsewhere.

Minutes later the ‘visitor’ detonated his explosive as Ramesh and Sasi prevented him from entering the church sanctuary. Their sacrifice undoubtedly saved many lives. Ramesh’s wife continues to hold onto her faith. “Nothing happens without God knowing. And what I know is that God is love.”

Peter was among the Sunday school children who were hit by the force of the explosion. He was an avid sportsman, enjoying both cricket and soccer, as well as riding his scooter.

Peter’s aunt reflected on the loss of life.

“Peter was still missing. My sister was looking for Peter. It was Peter’s father who finally said, ‘Peter’s not here. He went to be with God.’

“Peter didn’t just die, he died as a martyr. Even if you know that in your head, it’s hard to accept it in your heart.” Image: A craft project made by Peter.

Sudagaran, Peter’s dad, spoke to the goodness of God and the plans that He has.

“We’re only stewards of Peter. God took him back.”

When Girija lost her life in the Sri Lanka Bombings, she left behind four children. Her sister-in-law, a practicing Hindu, could not understand why God had taken Girija.

“She left four children, the youngest one is three – what answer is God going to give them?”

But Girija’s legacy will continue in the faith of her children. Her eldest son, Sujiv was practical in his response. “I don’t question God. I don’t ask him ‘Why did You take my mum?’ She is with God now and God is with us.”

Dukashini, Girija’s only daughter, expressed the truth that was found in faith. “I’m sad, but I know that she is with our Father now in heaven.”

This Easter, hundreds of Christians in Australia and New Zealand are standing with the persecuted church. Your support helps believers who face persecution, believers like Girija, Peter, Ramesh and Sasi.

On 8 April 2020, we’re asking every Christian to work a normal day with an extraordinary impact; support the survival of the persecuted church by giving one day’s wage. It’s that simple.

Help people follow Jesus all over the world, no matter the cost.

One Church. One Hope. One With Them.